Get ready for a blues music showdown as the legendary Bonnie Raitt gets on a cross-country trek to perform her biggest hits and promote her latest studio album, Just Like That! Bonnie Raitt, who recently received the Lifetime Achievement Award at the 64th Annual Grammy Awards, is heading to Texas Trust CU Theatre on Saturday 8th, October 2022! See this incredible singer-songwriter perform her iconic songs, such as “Something To Talk About,” “I Can’t Make You Love Me,” “Not The Only One,” and “Runaway.” Get your tickets now to see Bonnie Raitt take the stage at the Texas Trust CU Theatre! 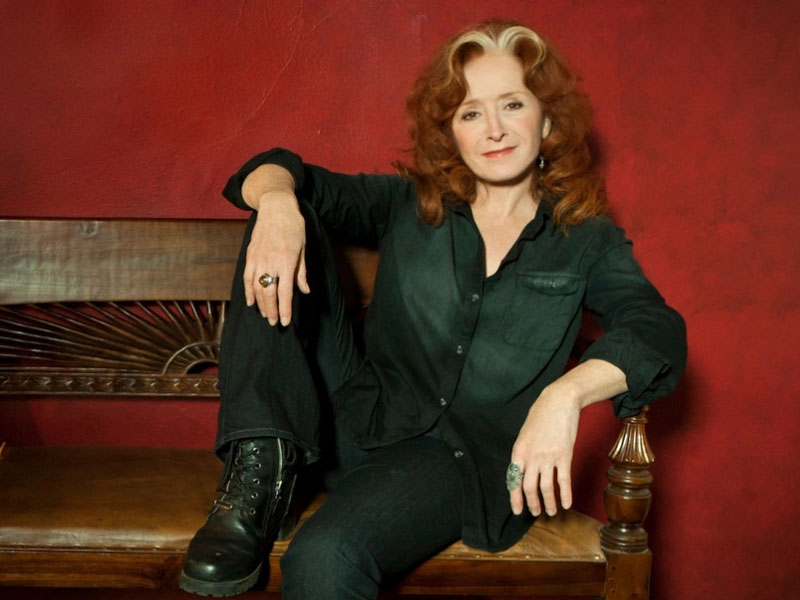 Bonnie Raitt is one of the most acclaimed singer-songwriters in the last four decades of music history. Considered one of the best-selling artists of all time, Raitt has become an institution for American music. Moreover, this ten-time Grammy Award-winning artist was named one of the “100 Greatest Singers of All Time” and “100 Greatest Guitarists of All Time,” according to Rolling Stone.

Raitt emerged during the early ‘70s when she released her self-titled debut album. Since then, she has released iconic tracks like “You’ve Been In Love Too Long,” “Runaway,” and “Keep This Heart in Mind.” However, it wasn’t until the late ‘80s that Raitt had her first commercial breakthrough. She signed with Capitol Records and released her tenth studio album, Nick of Time. The record peaked at number 1 on the Billboard 200 chart and sold over five million copies. The album also won three Grammy Awards, including Album of the Year. The record featured the iconic singles “Nick of Time” and “I Ain’t Gonna Let You Break My Heart Again.”

In 1991, Raitt released another notable album, Luck of the Draw, which contained her most successful single, “I Can’t Make You Love Me.” The song entered the top 20 on Billboard’s Hot 100 charts. It was also listed by several publications as being one of the greatest songs of all time. Furthermore, the song was inducted into the Grammy Hall of Fame in 2016, along with 24 other songs.

If you love Bonnie Raitt’s songs, you better take this opportunity to score your tickets to her show at the Texas Trust CU Theatre and see why she’s one of the greatest music artists of all time!