We The Kingdom Tickets

After completing a successful spring tour, the members of We The Kingdom are now continuing their 2022 trek through fall! The Grammy-nominated Christian band sets out on a 22-date outing and will be making a stop at the Texas Trust CU Theatre on Friday, 7th October 2022! This much-awaited show will deliver the genre-transcending band’s greatest hits. If you’re a contemporary Christian music enthusiast, this show is guaranteed to be the most incredible music fellowship of the season! So hurry up and don’t wait too long before grabbing your tickets to see We The Kingdom light up the Texas Trust CU Theatre! 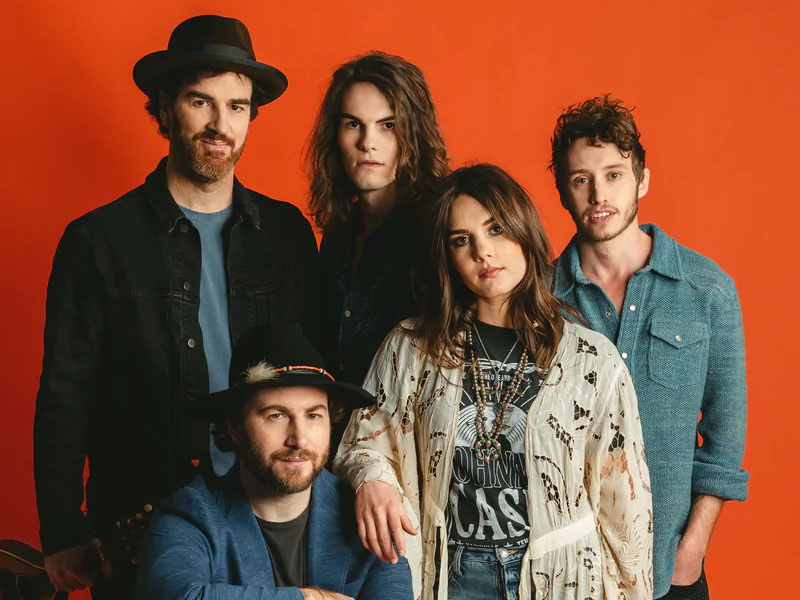 Earlier this year, We The Kingdom embarked on their first headlining tour and sold out several venues. Their debut album, Holy Water, released in 2020, made waves in the Christian music community. The album spawned several hit singles, including the title track, which debuted at number 2 on the Billboard Hot Christian Songs chart. Meanwhile, the album also achieved commercial success, peaking at number 4 on the Top Christian Albums charts. Moreover, the band received a Grammy Award nomination for Best Contemporary Christian Album. Although We The Kingdom was not able to bring home the Grammy prize, they took home two GMA Dove Awards for Contemporary Christian Artist of the Year and Pop/Contemporary Album of the Year.

The band comprises brothers Ed and Scott Cash, plus Ed’s children Franni Rae and Martin Cash. Family friend Andrew Berthgold completes the line-up. We The Kingdom came together in 2018 and started making music. In 2019, the band released their debut single, “Dancing on the Waves,” followed by the gold-certified single “Holy Water.” In October 2019, We The Kingdom dropped their debut EP, Live at the Wheelhouse, debuting at number 3 on the Top Christian Albums chart.

Today, the rising stars in the contemporary Christian world are on a mission to spread the good word through their music. Tickets to see We The Kingdom perform at the Texas Trust CU Theatre are now available!