Get ready for a night of riotous laughter when The Fabulously Funny Comedy Festival comes to Verizon Theatre at Grand Prairie on Sunday 14th February 2021! Do you and your boo have a GSoH? Or maybe you just want to laugh at love… Either way, this is the perfect Valentine's Day outing for you as you join four of the nation's sharpest wits take to the stage for a night of solid-gold stand-up comedy as part of this brand new comedy roadshow! Join headliner Mike Epps, as well as Kountry Wayne, Jess Hilarious & Haha Davis, for the first ever Fabulously Funny Comedy Festival! 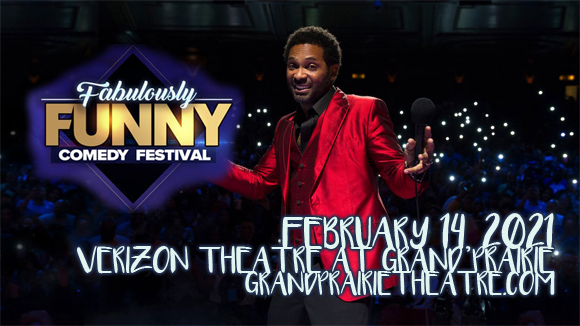 Making its debut this year, the inaugural Fabulously Funny Comedy Festival is a “show-stopping extravaganza features an unforgettably hilarious lineup of iconic comedians”! Stopping at over 30 cities, the national tour's A-list lineup features a headline slot from the one and only Mike Epps, whose debut Netflix special Mike Epps: Only One Mike was a huge hit last summer! Last year also saw Epps dropping the single “We Goin’ Out” feat. Big Boi and Sleepy Brown. This year, he stars in the Netflix comedy series The Upshaws with Wanda Sykes, The House Next Door (sequel to the 2016 film Meet The Blacks) and Last Friday.