British pop-rockers who took the global stage by storm, The 1975, are back with big surprises as they announce their extensive headlining US tour. The "At Their Very Best" Tour is stopping by at Texas Trust CU Theatre on Tuesday, 15th of November 2022. The band is embarking on this big headlining tour in support of their highly-anticipated new record "Being Funny in a Foreign Language" which comes out this October. Releasing two singles from the new album "Part of the Band" and "Happiness" have given fans doses of joy and excitement as The 1975 drops new material since their 2020 record "Notes on a Conditional Form". So, better stop looking for 'somebody else and choose 'happiness with The 1975 at the At Their Very Best Tour by booking your tickets now! 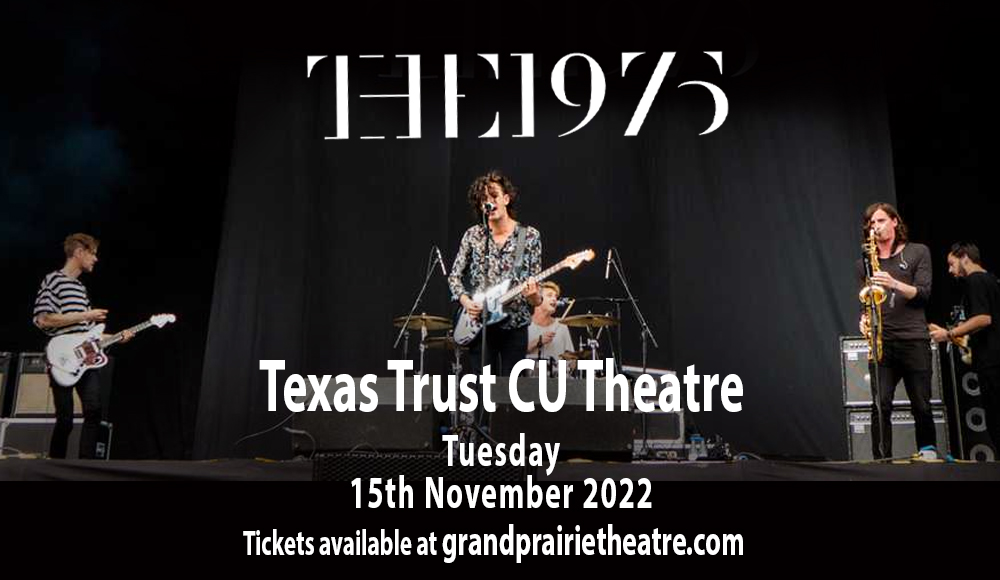 Taking the world by storm with the release of their self-titled debut album which featured their global hits "Chocolate" and "Girls", The 1975 has dropped four UK #1 albums to date. Having amassed a dedicated and loyal following for their pop-rock anthems, the band is set to launch an even bigger era with the release of their fifth studio album "Being Funny in a Foreign Language" this October 14th.

Along with the "At Their Very Best" Tour announcement, the band shared a new song and matching video for "Happiness". "Happiness” is like… there’s literally loads of us in the room on that track," shared frontman Matty Healy with Apple Music 1. "It came through like jamming. And we haven’t done that in like years,"

"So we just wanted this record to be really like a captured moment and not be too constructed and even produced that much…. We did it in like a day or so. And it’s us having fun. And I think that there’s this real desire in art to see something remarkable with as little technology as possible" he shared about their new album.

"Happiness" is the second single off of "Being Funny in a Foreign Language". The album's first single was the previously-released "Part of the Band". Two songs in, fans are more excited than ever to hear what big surprises the band has in store on their brand new record.

Having worked with producer Jack Antonoff on "Being Funny in a Foreign Language", Healy shared details about why they chose to do so. "I love Jack’s work, and those Lana [Del Rey] records in particular, like some of my favorite stuff," he said. "I think that guy has a reputation for being busy, but I can tell you, he’s just good. He’s so good,"

"What he does is identifies what an artist is really good at or where the truth is coming from. And it’s a bit like, if you think of like a great comedian, the language of like sense of humor, they can sense where the humor is in the situation."

With shared artistry and a mission of making their craft as authentic as possible, "Being Funny in a Foreign Language" is set to share doses of happiness as the world inches nearer to its release on October 14.

The 1975 took the global pop-rock scene by storm with their singles "Chocolate" and "Girls" off of their self-titled debut album in 2013. Since then, the boys have won the hearts of listeners across the globe for their highly-acclaimed singles "The Sound", "Somebody Else", "Give Yourself a Try", "It's Not Living (If It's Not with You)", and many more.

With critical acclaim and several praises from critics for their four albums, The 1975 is set to raise the bar with "Being Funny in a Foreign Language" as essential pop-rockers in the scene. The band has received several accolades, awards, and nominations from various organizations including Grammy Awards, MTV Awards, NME Awards, Brit Awards, and Mercury Prize.

With a big and bright new era that exudes infectious positivity right ahead of them, don't miss out on The 1975's new music live on stage at the At Their Very Best Tour at Texas Trust CU Theatre on November 15th by booking your tickets now!