Russell Peters comes to Verizon Theatre at Grand Prairie on Thursday 10th February 2022 for his upcoming tour to the U.S and U.K. The internationally renowned comedian recently announced his new tour across the U.S and a limited three-date visit to the U.K. He sarcastically commented on the disruptions caused by the pandemic to his international tours, saying, “I was supposed to start this tour in 2020, but then, I’m not sure if you guys heard, but something happened.” With lockdown restrictions beginning to ease, Peters will be back on stage for some hilarious comedy nights. Make sure you grab your tickets right now! 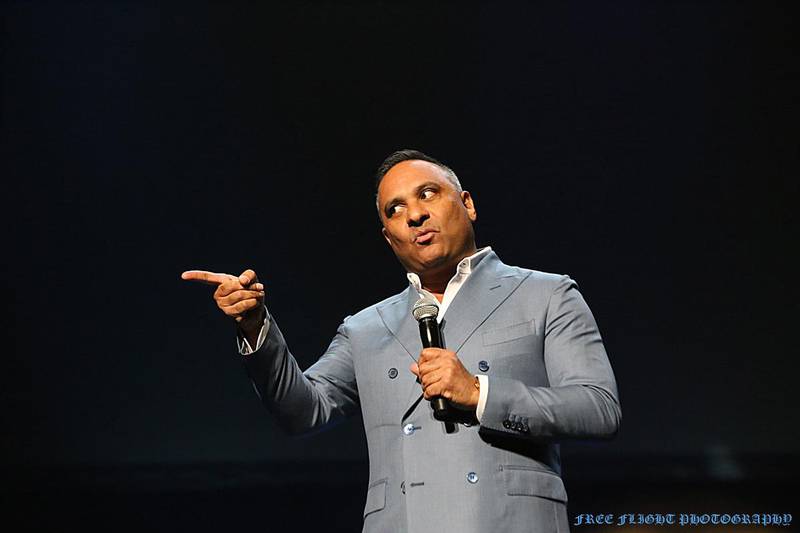 Peters often takes on the rising cancel culture in the U.S and is regularly seen around clubs across the U.S, performing for live audiences. He takes a hilarious approach towards the process of aging and how the current world is nothing but a mess. He talks about topics such as his childhood, and his inability to use technology with a mix of brilliant audience interaction, keeping everyone engaged and on the edge of their seats. Russel was the first comedian to create a Netflix Original Comedy Special.
Peters was named on Rolling Stone’s 50 best comics of all time. He has been doing stand-up comedy since he was nineteen. He began from Toronto but amassed a massive following worldwide. He was the first comedian to sell-out Toronto’s Air Canada Center in 2007 altogether. He rose to fame in 2004 for his CTV special, “Comedy Now”. He has made attendance records at massive venues such as the House of London’s O2 arena and Madison Square Garden. If you’re looking for one of the best stand-up comedy experiences, purchase your tickets right now before they sell out! Nowadays, it is very common for a Russel Peters event to sell out immediately.