Fix your makeup, and be sure to hold on to your wigs as an experiment gone wrong will send the audience spiraling through time in this year's RuPaul Drag Race's Werk The World Tour! The Texas leg of the highly-anticipated tour will be at Verizon Theatre Grand Prairie on Wednesday, July 20th. Join RuPaul's Drag Race's alumnae Naomi Smalls, Gottmik, Vanessa Vanjie, Jaida Essence Hall, Kameron Michaels, Rose, Violet Chachki, Yvie Oddly and all the 14th Season finalists in a theatrical production that will leave spectators awed — Rupaul's Drag Race style! Call all your friends for a Wednesday evening of show-stopping production, flamboyant costumes and fabulous performances that will release your inner queen! See you at Verizon Theatre for this fantastic show that will definitely knock your wigs off! Hurry and book your tickets now! 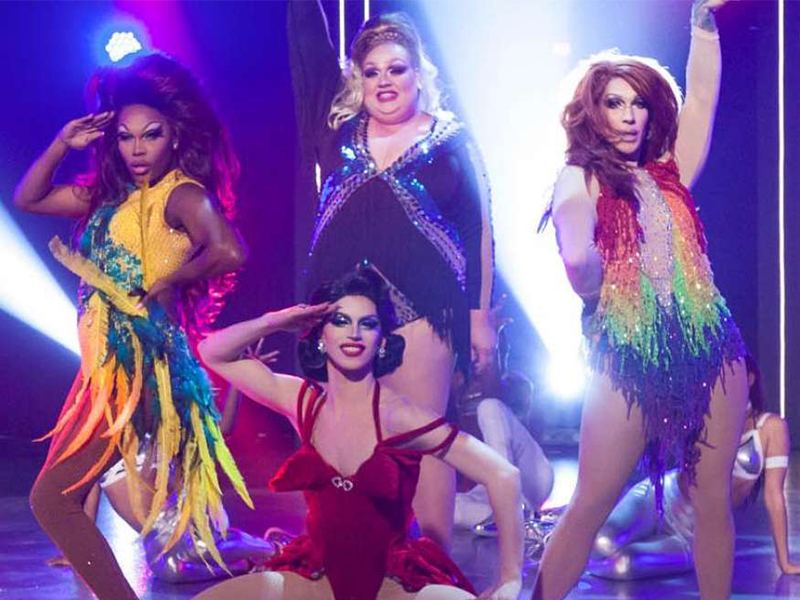 The highly-anticipated fabulous tour of the Rupaul's Drag Race Season 14 finalists will finally commence this spring in major European cities such as Copenhagen, Stockholm, Berlin, Milan and Vienna, among many others. After this, RuPaul and several show alumnae together with the season 14 finalists will take North American cities by storm in their experiment-gone-wrong-themed show, which is expected to be astronomically fabulous. This is a piece of exciting news for eager fans who had to contain their excitement after the 2021 tour was cancelled due to pandemic restrictions.

Presented by Voss Events in collaboration with World of Wonder and VH1, the show aims to surpass its previous productions, which were a hit to both critics and loyal fans. Aside from featuring all the finalists from the 14th Season of RuPaul's Drag Race, the show's alumnae such as Naomi Smalls, Gottmik, Vanessa Vanjie, Jaida Essence Hall, Kameron Michaels, Rose, Violet Chachki, Yvie Oddly will also be on board with the tour. That is why spectators can expect nothing but a fantastic show. And like the previous shows, it is safe to expect surprise performances from the superb team led by RuPaul himself! So don't forget to catch the queens this Wednesday at Verizon Theater Grand Prairie, Texas. Secure your seats now and work your way to Werq the World Tour 2022! See you there.