Rock legend Robert Plant and bluegrass sensation Alison Krauss join forces for the first time in fifteen years for a long-awaited tour! The duo who made waves with their first collaboration album, Raising Sand, in 2007, is promoting their follow-up record, Raise the Roof. This award-winning tandem will travel across the U.S. to perform in select major cities, one of which is Grand Prairie, Texas! On Saturday, 3rd September 2022, Robert Plant and Alison Krauss will take on the Texas Trust CU Theatre! Fans can anticipate the duo to perform their new songs from Raise the Roof, as well as hits and fan favorites from Raising Sand. Get your tickets now and witness this incredible tandem at the Texas Trust CU Theatre! 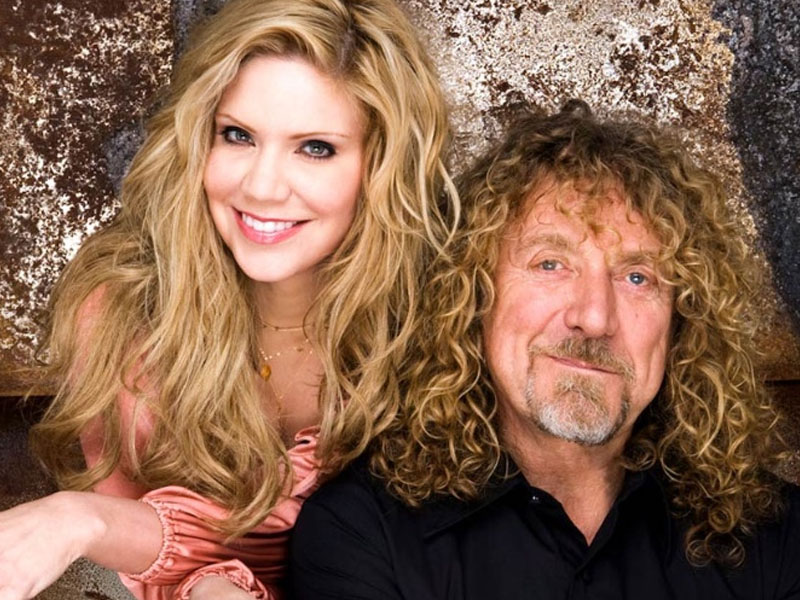 The Robert Plant and Alison Krauss musical partnership may be unexpected. Robert Plant, an English rocker, is known for his legendary band, Led Zeppelin. For most of his career, he dabbled in hard rock, heavy metal, and blues. Meanwhile, Alison Krauss has consistently performed as a bluegrass and country singer. In 2007, they released their first collaboration album, Raising Sand. The album spawned the hits “Please Read the Letter” and “Rich Woman.” The album resonated well with listeners and received critical acclaim from critics. Moreover, Raising Sand peaked at number 2 on the Billboard 200 chart and number 2 on the Top Rock Albums chart when it debuted. It also went on to win Album of the Year at the 51st Grammy Award and 2008 Americana Music & Honors Awards.

Fifteen years later, Robert Plant and Alison Krauss released Raise the Roof. The album also received raving reviews and performed impressively on the charts. Raise the Roof topped the US Independent Albums, peaked at number 7 on the Billboard 200, and peaked at number 3 on the Top Country Albums charts. The album spawned the singles “High and Lonesome,” “It Don’t Bother Me,” and “Somebody Was Watching Over Me.” In a statement, Plant described what it was like to create the music for Raise the Roof. “It’s such a far cry from everything I’ve done before. I love the whole kaleidoscope of music that I’ve explored, but this is a place where you can think within the song. You can decide how to bring home an emotion.”

Tickets to see Robert Plant and Alison Krauss are now available! Grab yours now and witness the award-winning tandem at the Texas Trust CU Theatre!