Get you and your family ready for an adventure of a lifetime! Paw Patrol Live, Race To The Rescue at Verizon Theatre at Grand Prairie on Friday, October 29th, 2021. PAW Patrol Race to the Rescue! Ryder summons Marshall, Chase, Skye, Rubble, Rocky, Zuma and Everest to rescue Mayor Goodway. The Great Adventure Bay Race between Adventure Bay’s Mayor Goodway and Foggy Bottom’s Mayor Humdinger is on! But Mayor Goodway is nowhere to be found, Paw Patrol to the rescue! Grab some tickets now and come along to cheer for your favorite pups in this thrilling live action production. 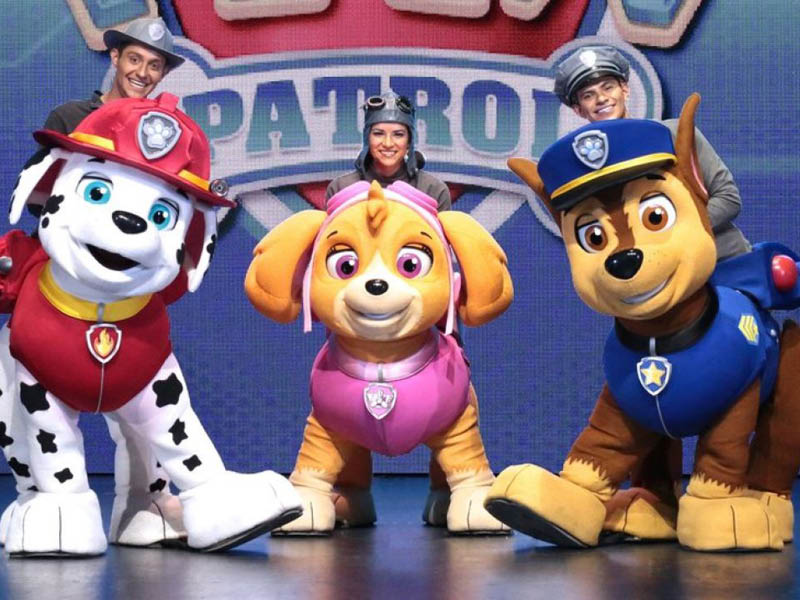 Since its debut in 2013, the animated TV series PAW Patrol has captured kids' imagination and tickled their fancy in equal amounts by basing every episode around the can't-miss combination of cute dogs and exciting adventures. They've been a staple of children's television fare for several seasons now, becoming a phenomenon in the process, with everything from a line of toys to Halloween costumes. Considering the amount of love kids have shown for the series season after season, it would have been a shame not to bring those characters to the stage and offer the show's most passionate fans an opportunity to connect with their heroes in a whole new way.
Ryder is the young boy in charge of the canine crew, sending them off on a different mission to aid someone in trouble on each episode. Firefighting dalmatian Marshall, construction expert and English bulldog Rubble, German shepherd spy Chase, recycling mutt Rocky, aquatic rescue Labrador Zuma, and aviator cockapoo Skye are the charter members of the PAW Patrol.