It's time to get your little ones excited and ready for an action-packed, music-filled production, Paw Patrol Live, Race To The Rescue at Verizon Theatre at Grand Prairie on Sunday, October 31st, 2021. The heroic pups from the top-rated animated preschool series, PAW Patrol, are called in for the Great Adventure Bay Race between Adventure Bay’s Mayor Goodway and Foggy Bottom’s Mayor Humdinger, because Mayor Goodway is nowhere to be found. PAW Patrol to the rescue! Ryder summons Marshall, Chase, Skye, Rubble, Rocky, Zuma and Everest to rescue Mayor Goodway and to run the race in her place. 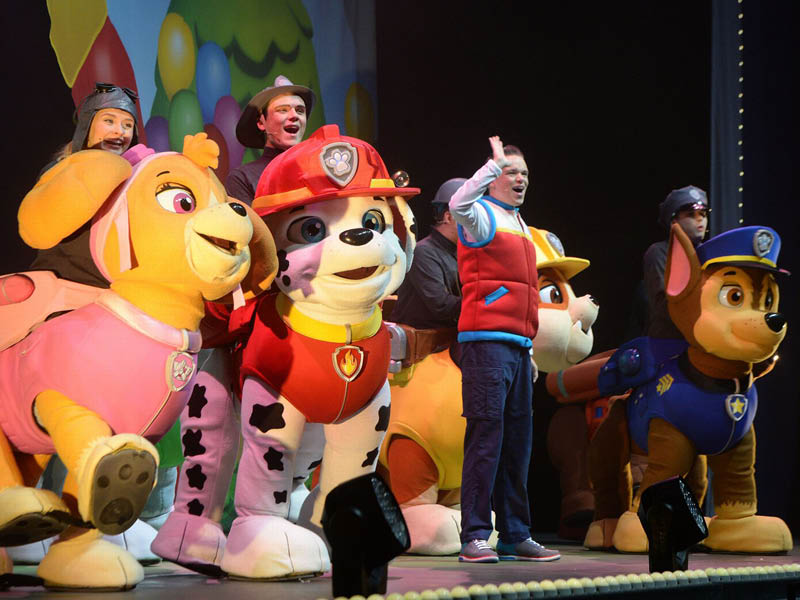 PAW Patrol Live! provides a unique entertainment opportunity for you and your children. As their first theatrical performance, it marks the beginning of a lifelong journey of enjoying and learning through live performance. The pups from PAW Patrol use unique storylines and upbeat music to showcase their unique skills and teamwork, the pups show that “no job is too big, no pup is too small.” Ryder and the pups share lessons for all ages about citizenship, social skills and problem-solving as they make several heroic rescues on their race to the finish line.

PAW Patrol Live! has been seen by over 4.3 million people, providing fans in over 40 countries with an unforgettable Broadway-style production. The performance is an interactive live stage show, encouraging audiences to engage through call and response and audience interaction, dance the Pup Pup Boogie and help the pups rescue Mayor Goodway and win the race! Classic theatrical scenery, along with a high-tech video wall, visually transports families to an authentic PAW Patrol environment, including locations from the TV series, like Adventure Bay, The Lookout, Seal Island, Farmer Yumi’s farm and Jake’s Mountain. Along the way, a bunch of the other colorful characters that inhabit the PAW Patrol universe pop up, including Farmer Yumi, Mayor Humdinger, Cap'n Turbot, Chickaletta, and more. It all adds up to an exciting, unique experience for kids accustomed to encountering the PAW Patrol crew only in their living rooms until now.