Are you ready for an excitement filled day at the races? Paw Patrol Live, Race To The Rescue at Verizon Theatre at Grand Prairie on Saturday, October 30th, 2021. The race is on between Adventure Bay’s Mayor Goodway and Foggy Bottom’s Mayor Humdinger, but what’s this, Mayor Goodway is nowhere to be found? Fear not, for PAW Patrol’s Ryder summons Marshall, Chase, Skye, Rubble, Rocky, Zuma and Everest to rescue Mayor Goodway and save The Great Adventure Bay Race! Grab some tickets for your whole family now and come along to cheer for your favorite pups in this thrilling live action production. 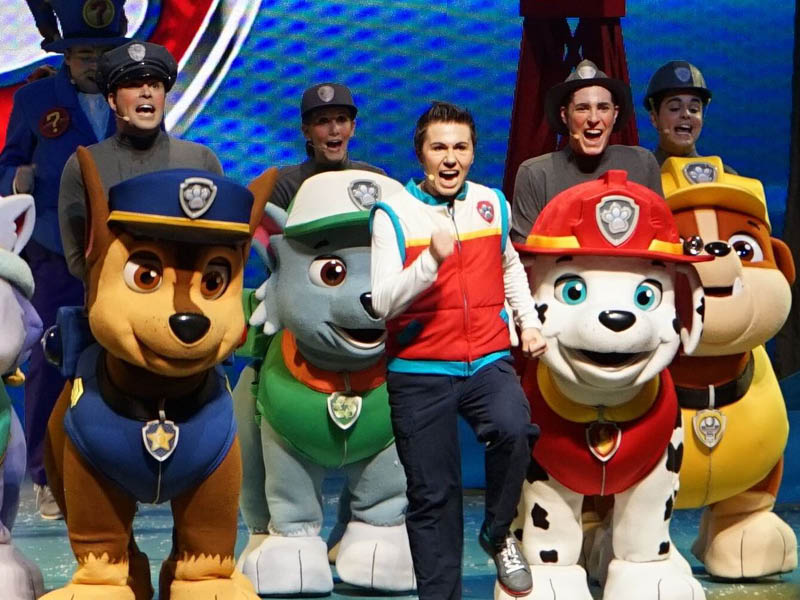 PAW Patrol Live! Race to the Rescue takes everybody's favorite rescue pups and all their familiar friends and places them in a live onstage adventure, taking the squad off the screen and putting them right in front of your eyes.
The action revolves around the Great Adventure Bay Race. When key participant Mayor Goodway disappears before the event, Ryder calls upon his furry pals to find her and to take her place in the race if the situation demands. Ryder is the young boy in charge of the canine crew, sending them off on a different mission to aid someone in trouble on each episode. Firefighting dalmatian Marshall, construction expert and English bulldog Rubble, German shepherd spy Chase, recycling mutt Rocky, aquatic rescue Labrador Zuma, and aviator cockapoo Skye are the charter members of the PAW Patrol.
Along the way, a bunch of the other colorful characters that inhabit the PAW Patrol universe pop up, including Farmer Yumi, Mayor Humdinger, Cap'n Turbot, Chickaletta, and more. It all adds up to an exciting, unique experience for kids accustomed to encountering the PAW Patrol crew only in their living rooms until now.