Texas Trust CU Theatre will be a haven of "old but gold" 80s music this Saturday, 20th August 2022, as some of the hottest bands from the 1980s will take the famous Texas concert venue in a ride down memory lane through songs that stood the test of time. Mark your calendars, secure your tickets, and make this night memorable by spending it with your friends and family. Let the music of 'A Flock of Seagulls,' 'Wang Chung,' 'The English Beat,' 'Stacey Q,' 'Men Without Hats,' 'Animotion,' and many others take you to the glorious 80s era. Prepare for a night of greatest hits from artists who'll remind you that the 80s is more than just cotton-candy hair, spandex, ripped jeans, synthesizers, and leg warmers — it's all about the great music! Book your tickets now, and let us all get lost in the nostalgia of the 80s. Catch Lost 80's Live at Texas Trust CU Theatre. See you there! 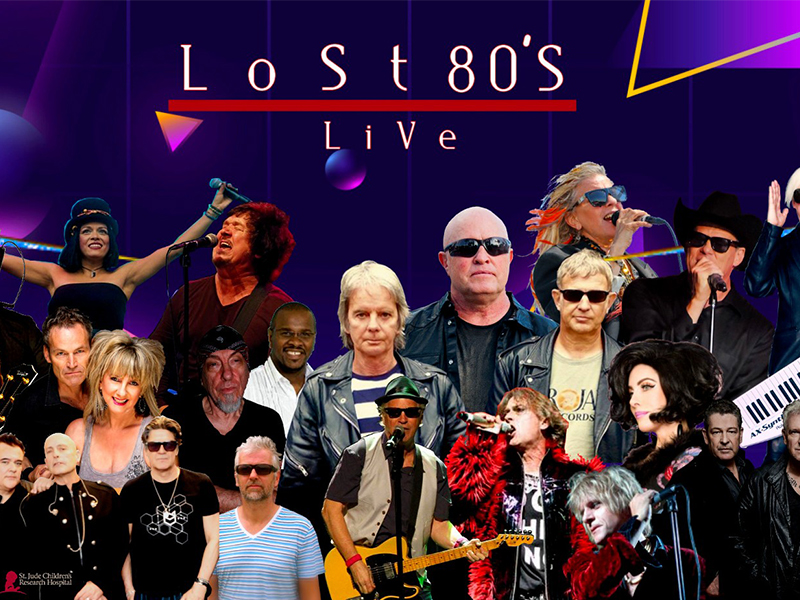 The famous collection of musical artists from the 1980s dubbed as "Lost 80's Live" has been making rounds all over the country for several years now. It usually features 7 to 9 bands that change from time to time. These bands span the music genres of new wave, synthpop, rock, pop, and electronic music — popular during the epic 80s era.

Its Texas stop at the famous Texas Trust CU Theatre will be headlined by A Flock of Seagulls, Wang Chung, and The English Beat. These fantastic bands will be joined by Naked Eyes, Stacey Q, Musical Youth, Animotion, Dramarama, Bow Wow Wow, Josie Cotton, Kon Kan, and Trans X.

A Flock of Seagulls is a Grammy award-winning English new wave band formed in 1979 and has released more than 30 combined studio and live albums. Wang Chung is also a new wave band formed in London in 1980 that gained commercial success in the US during the late 80s. Their most famous album "Mosaic" spun off their biggest hits, "Everybody Have Fun Tonight" and "Let's Go!" The English Beat, on the other hand, is a pop, ska, pop-punk band from Birmingham, England, who is known for their hits "Mirror in the Bathroom," "Save It for Later," "I Confess," "Too Nice to Talk To," "Can't Get Used to Losing You," and many more.

These incredible bands, along with nine other acts, will surely make your Saturday night one nostalgic ride into the glory days of MTV! Catch these bands by securing your tickets as early as today! Click on the "Get Tickets" link!