This November, prepare for a high-powered classical-electronic dance performance as violinist extraordinaire Lindsey Stirling pays Texas Trust CU Theater a visit on Thursday, 17th November 2022! The purveyor of classical music, infused with pop and rock elements, charmed the entire world with her unique musical performances in America’s Got Talent season five. Now, she brings her incredible high-energy set to Grand Prairie on this coveted show. Fans can expect Stirling’s biggest hits, as well as new tracks from her latest album, Snow Waltz. The sixth studio album features several holiday-themed tracks fitting for the upcoming holiday season! If you love Lindsey Stirling’s unique music style, you better score your tickets now before they sell out! 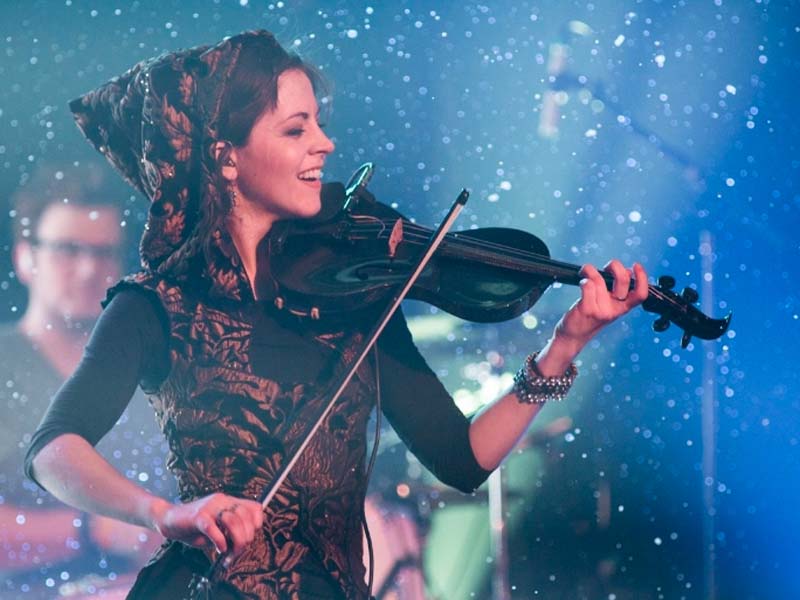 Lindsey Stirling is a violinist, dancer, and songwriter who found fame through her live and recorded music videos on Youtube. In 2007, she started recording her violin performances paired with dance choreographies. The videos quickly became viral due to her unique musical style. Stirling, who infuses classical music with rock, pop, and electronic dance music, would also do covers of songs by other musicians and soundtracks.

In 2010, Stirling joined America’s Got Talent season five, where she was dubbed the “hip-hop violinist.” At 23 years old, she made it to the quarter-finals. Although Stirling didn’t win the competition, she continued with a successful music career. In 2012, Stirling released her self-titled debut album, peaking at number 23 on the Billboard 200 and topping the U.S. Dance and Classical charts. The album, spawning the hit “Crystallize,” later earned gold status after selling more than 500,000 units in the U.S. One year later, Stirling's cover of Imagine Dragon’s “Radioactive” won Response of The Year in Youtube Music Awards.

In 2014, Stirling dropped her highest-charting album to date, Shatter Me. The album peaked at number 2 on the Billboard 200 and dominated the dance and classical charts. The album's title track, performed with Halestorm lead singer Lzzy Hale, topped the Classical Digital charts and earned a gold certification in the U.S.

After a stellar debut and sophomore release, Stirling dropped three more highly-acclaimed and chart-performing albums, including a Christmas Album, Warmer In The Winter. Stirling is set to release her second-holiday album, Snow Waltz, this fall.