Expect nothing less from a legend but "Bigger Love". Singer, songwriter, record producer, actor, film producer, and philanthropist — John Legend is a complete package, a total entertainer who gives his all on the live concert stage. The next leg of his “Bigger Love Tour,” is packed with all the hits that can only be delivered by a true legend. Catch John Legend as he performs at the Verizon Theatre at Grand Prairie on Wednesday 6th October 2021. Save room and book seats now for you, your friends, family, and loved ones. Tickets are available now! 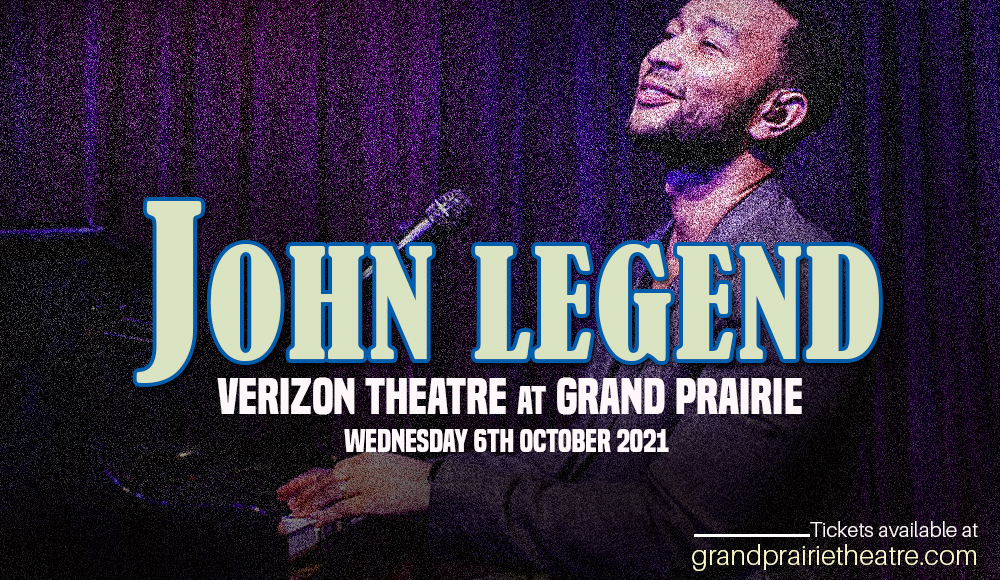 What's in a legend? Let us count the ways…

John Legend's fourth studio album, Love in the Future (2013) spawned the smash "All of Me" and was a certified Billboard Hot 100 number-one hit.

Legend portrayed the role of Jesus Christ in NBC's adaptation of the rock opera Jesus Christ Superstar. He won a Primetime Emmy Award as a show producer. Legend picked up nominations and awards in prestigious award-giving bodies — putting him in the elite circle of EGOT –Emmy, Grammy, Oscar, and Tony; making him one of 16 people and the first black man and the second to the youngest artist to have achieved such extraordinary and outstanding milestone of winning in all four of the major American entertainment awards.

Yet his iconic status was cemented by all the chart-topping hit singles and albums he has produced through the years — "All of Me," "A Good Night," "Love Me Now," "Penthouse Floor," "Ordinary People", "Save Room", "Green Light," and many more!

Soul deep emotions and high energy, nothing can give bigger love than the legend himself, John Legend. Book your tickets now!