K104’s DeDe in the mornings, Funny and Famous Comedy Show at Verizon Theatre at Grand Prairie on Friday 3rd December 2021. Hosted by DeRay Davis, Starring Corey Holcomb, Jess Hilarious, Karlous Miller, JJ Williamson and more! Reserve your place right now for the funniest night in Texas since Trump lost the election! DeDe McGuire, the hardest working woman in radio present her annual comedy show hosted by DeRay Davis and a slew of high profile guests to entertain you with a night of quality Hip-hop and comedy, a not to be missed show! 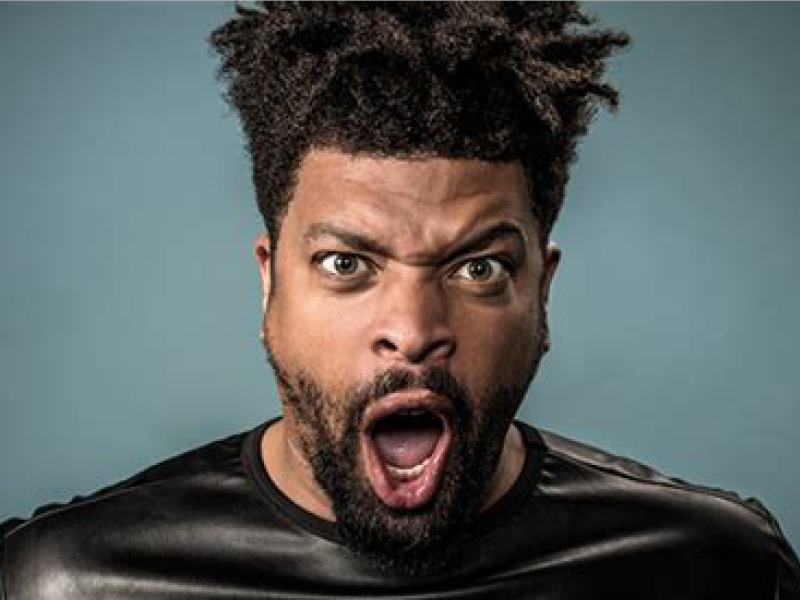 DeDe McGuire, a trailblazer and industry leader who has been entertaining radio audiences for years. Entertaining, empowering, and enlightening are just a few words that describe the powerhouse media mogul. This talented and award-winning personality is one of only a few women nationwide to have her own morning show. Some of her accolades include the International Black Broadcasters (IBBA) Lifetime Achievement Award; winner of The Elite News Communications Award; Shades of Success Honoree; and named one of the Top 25 Women in Dallas by Rolling out Magazine.

DeRay performs around the country and hosts a famous weekly show at the Hollywood Improv entitled, MO BETTER MONDAYS. He appeared on the big screen in, All Eyes On Me, Grow House, alongside Snoop Dogg and Lil Duval, Scary Movie 4, GI Joe: Retaliation and more. On the small screen he has been part of, The Next Cut, Mind Of A Man, Drumline: A New Beat, 21 Jump Street, Jumping The Broom, Semi Pro, Old Dogs, Imagine That and a lot of others including guest starring on Empire, Entourage, The League and the Boondocks. He has starred in many stand-up specials including DeRay Davis: Powerplay on Showtime, HBO’S Def Comedy Jam, BET’S Comicview, and Comedy Central Presents and MTV’s Wild N Out.