One of the world’s most sensational songwriters has returned – we’re talking, of course, about the brilliant David Gray! With the Gold In A Brass Age tour, he’s coming to Verizon Theatre at Grand Prairie! Get your tickets now to see him LIVE on Sunday 26th May 2019 – it’s going to be incredible! 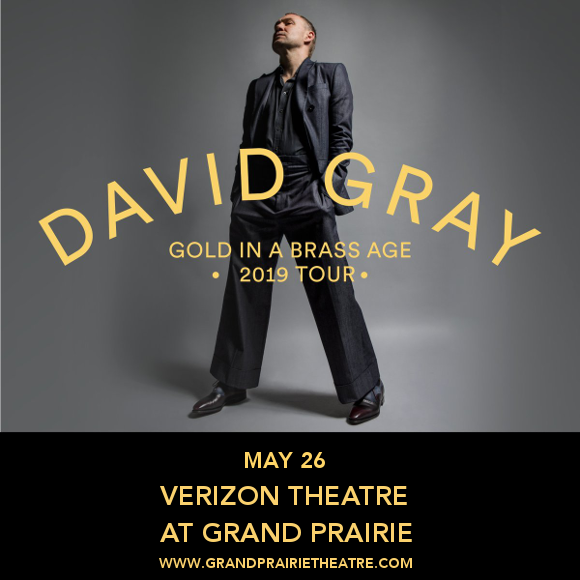 Following “Mutineers,” in 2014, David Gray’s new album, entitled “Gold In A Brass Age,” will be his first collection of new material in 5 years.The first single from the new album features a video with animation by the amazing Eric Dyer. “We sent some time lapse footage of an acorn growing over to Eric for him to do his thing and create a new animation with it,” the singer revealed in an interview. “Our video director Rex had the idea that we could take the animations out into the woods somewhere and back project them onto a huge screen while I performed the song in front. The end result feels like a subtle harmony between the zoetropes & the song.”

Watch the gorgeous video for “The Sapling Below”. If you’re as excited for the new album as we are, then hurry and get hold of those tickets while you have the chance!!