As the new year comes shining through, get ready to experience a 'life-giving night of worship and ministry this spring as the Grammy Award-winning Christian music artist Brooke Ligertwood is taking her new album "Seven" to the live stage for a night of worship at the SEVEN Tour. The presence of Jesus awaits the stage at Texas Trust CU Theatre as Ligertwood leads a powerful night of praise and worship featuring her heartfelt worship hits and new anthems of praise on Friday, 24th of March 2023. Moved by 'something in the water, don't miss out on nights of miracles and praise at the SEVEN Tour by booking your tickets now! 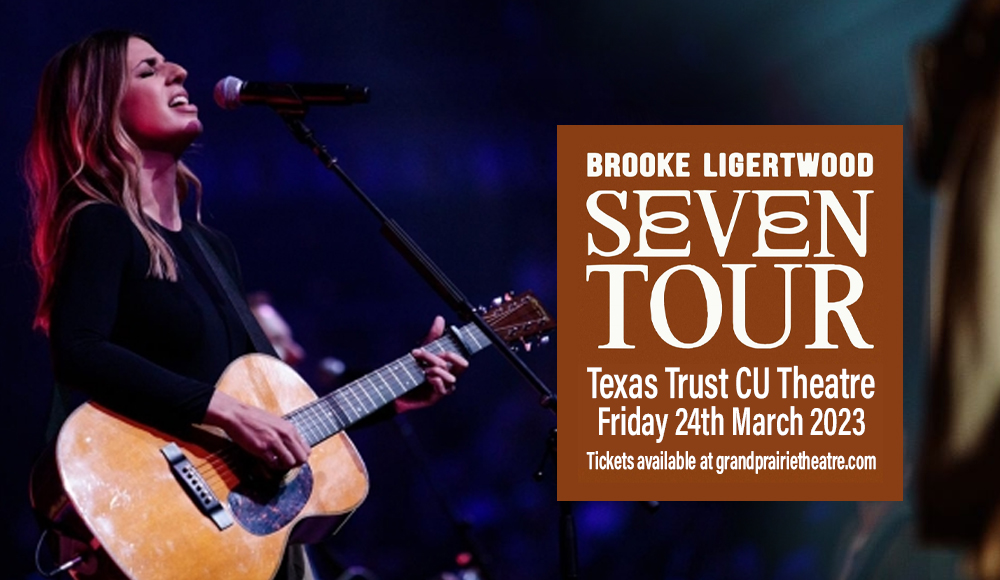 Hailing from New Zealand, the "Something in the Water" singer Brooke Ligertwood found her voice as a blessing for believers around the globe as her solo worship songs and Hillsong contributions such as "What A Beautiful Name", "Hosanna", "Awake My Soul", "Deciphering Me", "A Thousand Hallelujahs", and "Something in the Water". With a beautiful journey of composing anthems and songs of praise, Brooke Ligertwood just released her newest live album "SEVEN" last February 2022.

Sharing her new singles "A Thousand Hallelujahs" and "Honey in the Rock" with Brandon Lake, her solo live album was met with critical acclaim for her impactful songs and performances. As a renowned recording artist and Grammy Award-winning singer, songwriter, and producer, the Hillsong Worship leader has made waves across the world for her craft driven by 'something in the water, the miracles that drive faith.

Her first album "What to Do with Daylight" debuted at #1 in New Zealand, reaching a 7x Platinum certification. The album featured her crowd-favorite singles "Better", "Lifeline", and "Arithmetic". At the time, she toured with John Mayer in Australia and David Bowie in New Zealand. From then on, she started making waves with her succeeding releases, amassing hits with "Deciphering Me", "Shadowfeet", "Something in the Water", "Feel Inside (And Stuff Like That)", and many more.

With a new live record up her sleeve, Ligertwood is driven by faith, sharing the mission of making his name known around the globe. The singer has been a member of Hillsong church since 2005, joining the church's acclaimed worship band, Hillsong Worship. Her notable work with Hillsong includes 2006's "Might to Save" as she co-wrote "None But Jesus". She also co-wrote and performed hit anthems such as "Hosanna" and "Lead Me To The Cross". In 2016, she returned to Hillsong Worship, co-writing and providing lead vocals for the Grammy Award-winning song "What a Beautiful Name".

Driven by faith, she shared that "her work with Hillsong allowed her to fully express her faith", incorporating her folk-pop signature tones. As she rises to the global stage bringing her new material to nights of worship, Ligertwood invites believers to come together and lift His name up high under one roof at the SEVEN Tour. Book your tickets now!

"For where two or three are gathered together in my name, I am there among them" Matthew 18:20